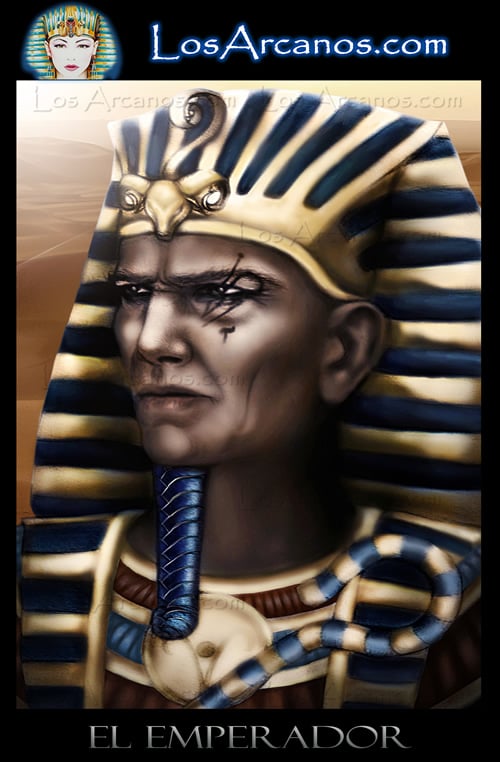 THE EMPEROR:The Emperor represents leadership and self determination. The Emperor shows us how to develop these qualities in life. The Emperor teaches us how to evolve through our personal power. He asks us neither to trust anyone easily and quickly nor to follow our instincts and impulses. We must not allow, under any circumstances, anyone to dominate or manipulate us. The main ideas are that we need to work and to trust on ourselves, and to be independence, so we will feel happiness when we learn to appreciate and defend our opinions. When the Emperor appears at the beginning of the spree, it is generally positive, because he is talking about someone who has been doing the right things, who remains in his place, who is confident and not afraid of acting and that person is living life in the best possible way.

Don't count on everybody else to get what you need.
Be cautious and take your own decisions.
Be loyal to your goals.
Don't underestimate their strength and power.
Don't look for praise, warm or approval from anybody else.
Reconcile with your enemies.
Be a warrior in peace.
Fight for your independence.