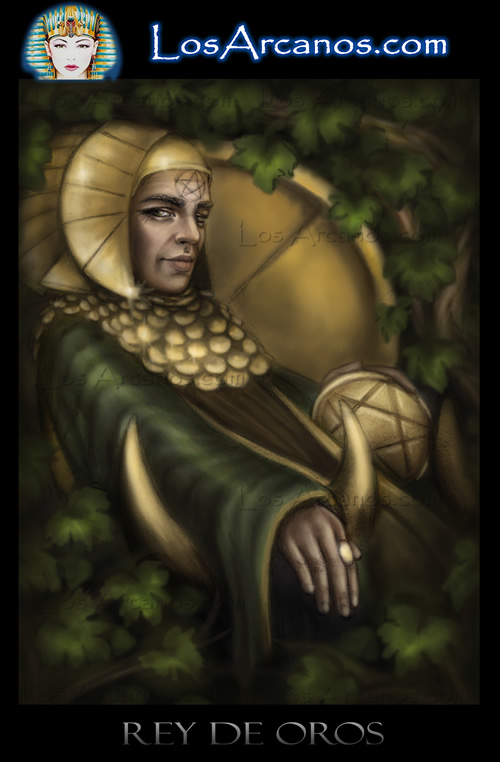 This is the card that is the calm leader, the savvy businessperson, the adept engineer and the steady friend. When it is in your Tarot reading, you mean all those things to the people in your life and have met your stated goals.
The King of Pentacles embodies the mature and dependable aspects of maturity. Anyone represented by this card is tied to success and status. While it may refer to your own characteristics, the Kings most often stand in for other people in your life who can aid you. You can expect this person to value prudence of intelligence, and, if it represents an event, it may be a financial windfall or promotion.
The King of Pentacles speaks of authority, tradition, and success in money matters. When he appears in a reading, it's a sign that now is not a time to be a maverick, now is a time to follow the establish way of doing things. When he stands in for a literal man in your life, it generally refers to a very masculine fellow with hair and eyes on the darker end of the spectrum.

In general the King of Pentacles urges us to be good stewards: of our lives, of our energies, and the concrete resources that are available to us. If he's referring to a man in your life, know that this is a man who you can believe in and trust absolutely.

When the King of Pentacles reverses he falls from his throne. The success he so desired in the upright has either been lost or has been taken away from him. He promised such wealth in the upright but now that he is reversed he can be the cause of massive loss.. How can that have happened? Where did he go wrong? There may be several contributing factors as to why this King has found himself in such dire circumstances.