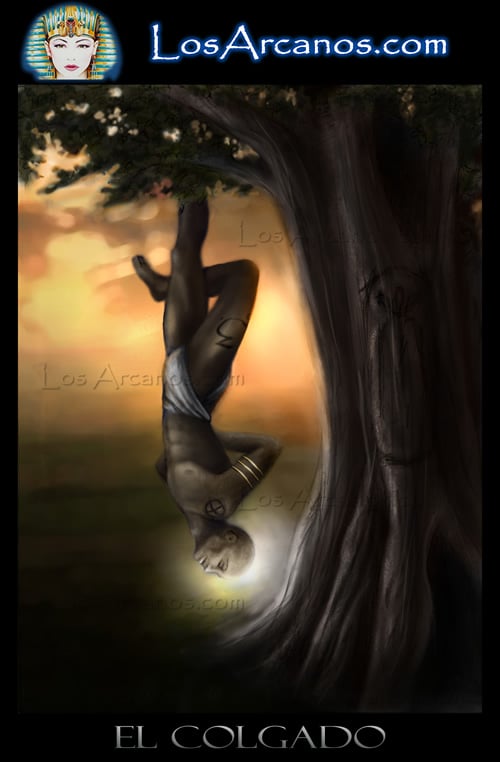 The Hanged Man invites to observe our complexity , the inhibitions that keep us frightened in a state of servitude. We don't have to play the victim. He just stays suspended, doing nothing and therefore without production. Represents passivity. In a way, is like a weather vine. It balances continually between comments and opinions according to where the wind blows from.

The Hang Man is here to ask us if we are willing to sacrifice ourselves in order to progress in life.

Stop doing things that could harm you.

Don't let public opinion affect you.
Don't let friends or family tell you what you must think or say.
Stop playing the martyr.
Look for truth instead of listening to gossip.