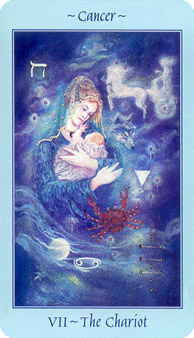 [VII] The chariot Triumph of the will, to surmount opposition, success. Self-control, ability to determinate the own destiny. Good news. Great physical and mental strength. Swiftness. The transitory power. Travel.