'Gilded Tarot', is a simple but exciting Tarot, created by Ciro Marchetti, with deep and intense colors, almost metallic, each card will have you looking at the images on several occasions. 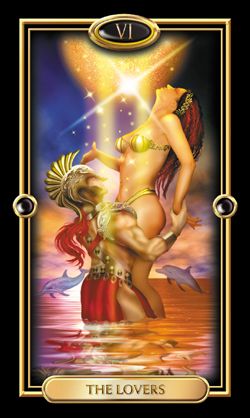 [VI] The Lovers Union, decision, choice, marriage, love, the union of opposites, attraction. Balance, openness to inspiration. Harmony of the inner and outer aspect of life.