Focused on the recognition of parallel and high energies that are part of our reality, it consists of 78 letters representing seraphim, cherubs, thrones, dominations, virtues, powers, principalities, messengers, angels and archangels. 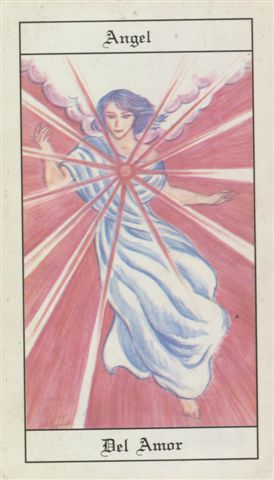 In these letters there is nothing aesthetically designed, nothing done without reason. All the details have been carefully thought out so that they act in our unconscious, so that the Angels can contact our mental polarities and be incorporated into our daily events.